According to author Ray Bradbury, Fahrenheit 451 is “the temperature at which book-paper catches fire, and burns”, but this is not quite right. For some reason, many people wonder at what temperature book burn, and I see this from the search terms that lead visitors to my site.

Let’s see what is the case:

“Several Internet contrarians claim that Bradbury confused Celsius and Fahrenheit, putting his estimate off by 391 Fahrenheit degrees. They cite as evidence the Handbook of Physical Testing of Paper, which lists paper’s ignition temperature as 450 degrees Celsius.”

But is this really that important?

Bradbury was in his early teens when the Nazis started burning black-listed books in Germany. He was in his thirties when McCarthy’s witch-hunt of commies caused a violent turbulence in the United States. In 1951, he wrote the short story “The Fireman” and, two years later, he stretched it to the famous novel “Fahrenheit 451”, in which firemen no longer put out fires, but burn books.

To be honest, I was not delighted by Bradbury’s story-telling. I was though utterly captivated by Captain Beatty’s admonishing speech to Guy Montag (the main character of the book), where he tries to justify the burning of the books, although well-read himself.

The book was written 63 years ago, but the messages Bradbury’s/Beatty’s words convey seem as timely as ever. The most astonishing parallel I could draw between Bradbury’s world and ours is that no one in his world forbade the reading of books. People just stopped reading them because they made them think, hence doubt everything and be sad. In Bradbury’s world, people just wanted to be carefree and happy, so they turned to other sources for pleasure, like TV.

Does it ring a bell?

Fahrenheit 451 is a must-read and it is only about 166 pages long. Are you going to be bothered?

“Whirl man’s mind around about so fast under the pumping hands of publishers, exploiters, broadcasters, that the centrifuge flings off all unnecessary, time-wasting thought!”

“More sports for everyone, group spirit, fun, and you don’t have to think, eh? Organize and organize and superorganize super-super sports. More cartoons in books. More pictures. The mind drinks less and less. Impatience. Highways full of crowds going somewhere, somewhere, somewhere, nowhere. The gasoline refugee. Towns turn into motels, people in nomadic surges from place to place, following the moon tides, living tonight in the room where you slept this noon and I the night before.”

“With school turning out more runners, jumpers, racers, tinkerers, grabbers, snatchers, fliers, and swimmers instead of examiners, critics, knowers, and imaginative creators, the word ‘intellectual’, of course, became the swear word it deserved to be. You always dread the unfamiliar.”

“Give the people contests they win by remembering the words to more popular songs or the names of state capitals or how much corn Iowa grew last year. Cram them full of non-combustible data, chock them so damned full of ‘facts’ they feel stuffed, but absolutely ‘brilliant’ with information. Then they’ll feel they’re thinking, they’ll get a sense of motion without moving. And they’ll be happy, because facts of that sort don’t change. Don’t give them any slippery stuff like philosophy or sociology to tie things up with. That way lies melancholy. Any man who can take a TV wall apart and put it back together again, and most men can nowadays, is happier than any man who tries to slide-rule, measure, and equate the universe, which just won’t be measured or equated without making man feel bestial and lonely.”

Do you want to receive updates for posts like this? Join my newsletter! Meet Garip Ay and the ancient art of ebru 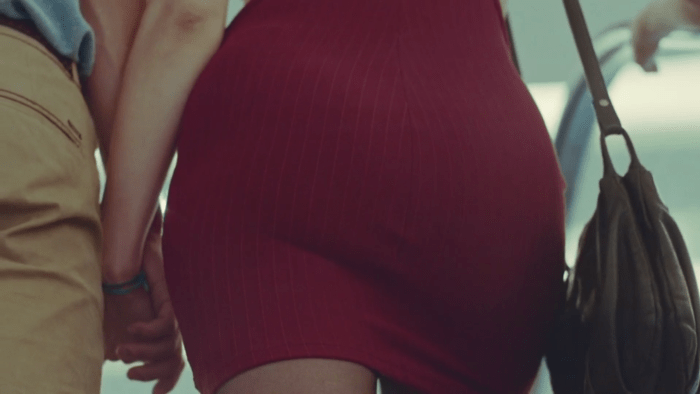 Bukowski’s “Girl on an escalator” turned into a short film

Instead of following your dreams, set up goals